Guest of a Guest blurb 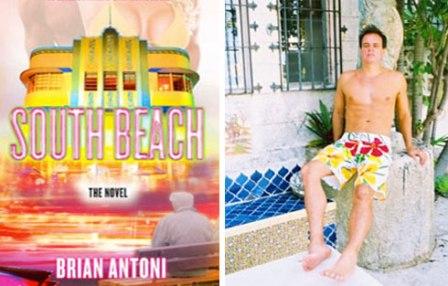 “It was like London was in the ’60s. There were a brief few years when all the creativity and beauty and wealth came together and South Beach exploded. The kind of relationships that were formed at the fictional Venus De Milo Arms were taking place in every single building in South Beach. Gays, straights, artists, old people, eccentrics—everyone felt like they were part of something. It was before South Beach became a brand name—the South Beach diet, South Beach soda, South Beach butt plugs.”

Butt plugs or not, there’s a lot of sex in this steamy novel (“South Beach is driven by sex”), and with the support of the queen of sex writing, Candace Bushnell (who was there last night) along with party god Patrick McMullan, this is sure to be quite the educational guide.